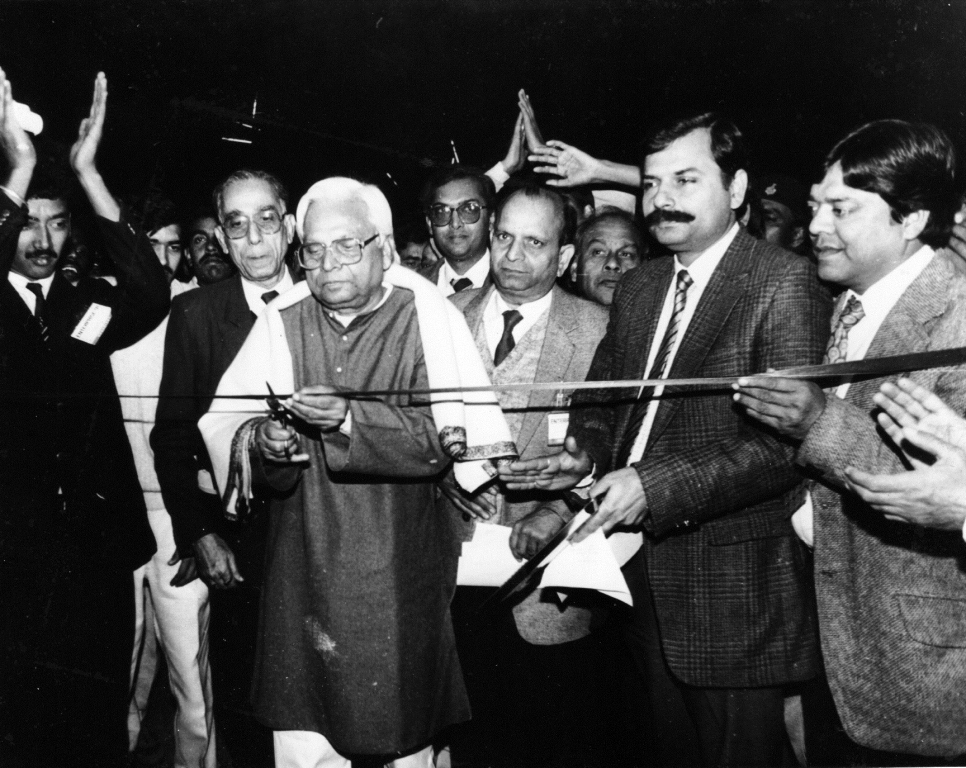 Ghulam Sarwar (10 January 1926-17 October 2004), a Bihar politician, became known as a fiery orator in chaste Urdu in late 1940s. His pen showed its might through the newspapers, ‘Naujawan’, ‘Saathi’, and more well-known ‘Sangam’, which endures till date. He was an alumnus of the Patna Science College, then did BA Hons. in English literature from the Patna College, and MA in Urdu literature for which the Patna University awarded him Gold Medal. He published two academic collections on literary criticism and research, ‘Parakh’ and ‘Maqalat-e-Sarwar’, appreciated by the literary stalwarts like Prof. Aalay Ahmad Suroor; subsequently Sarwar published 15 more books/booklets.

Born in Begusarai, whose father Abdul Majeed was a Deputy Collector, this ‘Baaghi Daanishwar’, i.e., rebellious intellectual, became an eye-sore to the Indian state in the 1960s. He was imprisoned six times in six different jails, under the draconian Defence of India Rules (DIR) during 1964-71, for his editorials scathing the government of the day. Arguably, the 1960s have been a difficult period for anti-establishment leaders in India, who had to face state repression, on which little academic attention has been paid. M.J. Akbar’s family saga, ‘Blood Brothers’ (2006), hinted at this aspect.

His Jail Diary, ‘Goshay Mein Qafas Ke’ became such a best-selling account that its royalty fetched him enough money to perform Haj; on coming back he was once again put behind bars in 1965, which produced another ‘Jail Diary’, ‘Jahan Ham Hain’. In 1970s, he jumped into the JP Movement; simultaneously he was one of the strongest pillars of the Urdu Movement in Bihar. He became Bihar’s education minister (1977-79), Speaker, Bihar Legislative Assembly (1990-95), and agriculture minister (1995-2004). In 1977 he was elected for Bihar Legislative Assembly from Siwan, whereas in 1990, 1995, and 2000 he was elected from Keoti (Darbhanga).

As education minister during 1977-79, he is credited to have created statutory body of Bihar State Madrasa Education Board, provided government recognition to many madrasas with pay-parities for the madrasa teachers; also opened/provided government recognition to 16 Muslim minority Girls’ Schools and more than 350 Government Urdu schools across the province. As Speaker (1990-95), Bihar Legislative Assembly, he is said to have created a department of Urdu with 14 employees, besides enhancing Muslim proportion among the employees of the Assembly secretariat.

He started his political activism during his student days in Patna by founding Bihar Muslim Students Federation, with its weekly mouthpiece, Naujawan’. After independence, in 1949, he brought out a special issue of this this weekly, with a question, “Ham Kya Karein?”. This was a central existential question of the India’s Muslims after partition. The cover page of this issue carried a photograph of a harassed and troubled man with disheveled hairs standing on crossroad unable to make out where to go from there; and had printed a couplet:

Meanwhile, in 1950, Sarwar married Asgharun Nesa Begum of Gopalganj. In September 1951, he purchased ‘Saathi’ from Sohail Azimabadi and published this journal till 1953 when in October he launched his own weekly ‘Sangam’; it became daily in January 1963.

In 1949, Ghulam Sarwar formed ‘Halqa-e-Adab’, which organized All India Urdu Conference in May 1951, and also formed Bihar Reyasati Anjuman Taraqqi Urdu, Sardar Latifur Rahman was the President and Ghulam Sarwar was the Gen. Secy.(not to be confused with the provincial wing of the pre-existing national Anjuman Taraqqi Urdu; this provincial wing was presided by Lady Anees Imam, 1901-79, and Gen. Secy. Was Qazi Md Sayeed). The Urdu Conference was presided over by Prof. Rasheed Ahmad Siddiqi of AMU.

Sardar Latifur Rahman was succeeded by S. M. Aiyub (1910-64), and subsequently Nesar Ahmad Khan, Ghulam Sarwar, Shah Mushtaq (1917-2002), and again Ghulam Sarwar became its President respectively, whereas, Betaab Siddiqi remained Gen. Secy., most of the time. This Anjuman launched a mass movement invoking (Article 374 of the Indian Constitution) to make Urdu second official language. By early 1981, this movement fructified to clinch success, giving way to employment for many as Translators, and Asstt. Translators, in the government offices.

I am thankful to my student Haidar Ali to provide me a copy of the Jail Diaries of Ghulam Sarwar which I am currently going through. Let me see the vicissitudes which may have come in the ideology and praxis of Ghulam Sarwar since 1940s till 2004. Throughout his career Ghulam Sarwar remained unfailingly anti-Congress, simultaneously, he admired Nehru, Maulana Azad, and among his contemporaries/friend-circle he had special regards for S. M. Aiyub and Betaab Siddiqi.

Dr Ejaz Ali is an Indian politician from Bihar who belongs to the JDU party. He is the one of the best surgeon in Bihar. He is famous also all over in India. His consultation fees is only 10 rupees. Very kind hearted man. He personally check each and every patient during or after the surgery.He was a member of the Rajya Sabha during 2008-2010.

About the Newspaper / Sangam Urdu